Faster towards China...The motives for the westward expansion and the U.S. transcontinental railroad

The Chinese market triggered the westward expansion of the United States. It was as influential as the discovery of gold mines in California and silver mines in Nevada. In the early 19th century, China was a huge market with a population of 400 million that produced 30% of the world's economic output. The U.S. was obsessed with approaching the Chinese market more quickly as a latecomer. Before the opening of the Panama Canal (1914), the journey from the East Coast to China was long. This was why the West Coast was given the spotlight as an alternative.

Later, Oregon, Washington, and Northern California grew rapidly as the hubs of trade with China. There were others who wanted the area, Britain and Russia. It was John Quincy Adams, the son of President John Adams, who prevented them from entering the country. Coincidentally, he also later served as an ambassador to Russia and Britain, and became president.

The idea of the U.S. transcontinental railway gained momentum after the signing of the Treaty of Wanghia with the Qing Dynasty. Caleb Cushing, who negotiated the treaty, described it, in an article in 1845, as the biggest event after the discovery of the New World that will open a new era of the business world. In the same year, Asa Whitney, a businessman who succeeded in trading with China, channeled this event into the need for transcontinental railways.

He lobbied for a railroad project linking Lake Michigan to California. At that time, 18 out of 30 states agreed to it, but it was not enough to realize the business. But his efforts were not in vain. Ten years after his retirement, the Pacific Railroad Act was passed by the U.S. Congress in 1862. 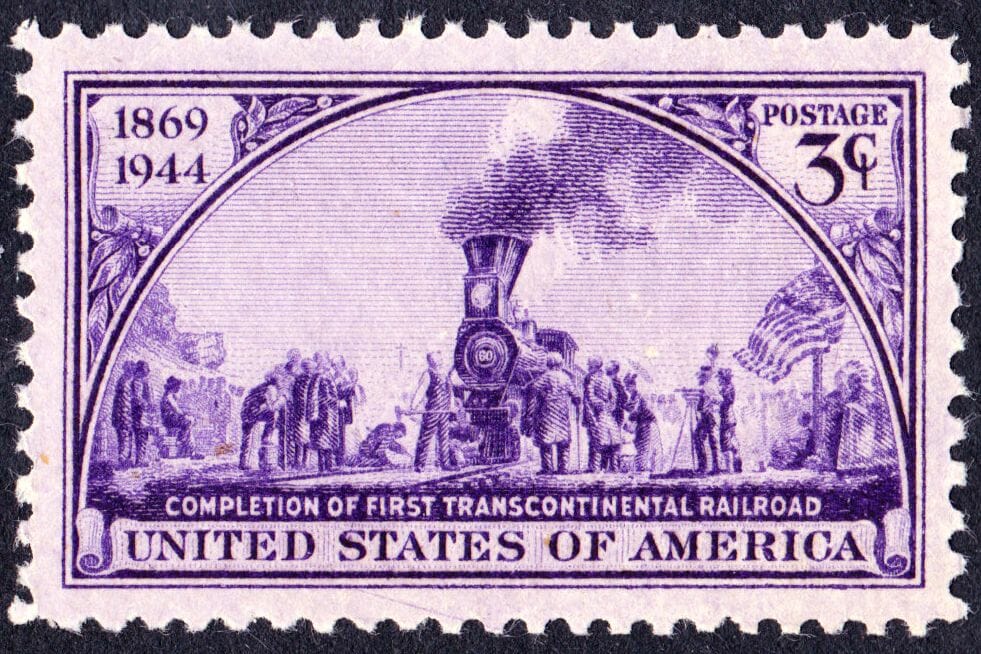 Crossing of the U.S. continent: From six months to six days

The construction embarked in 1863 to extend the existing railway, which connected Iowa and Nevada, further to California and it was completed in 1869. The crossing of the U.S. continent that had taken six months had been reduced to six days. The Suez Canal opened that year, and eventually, the grounds for U.S. transcontinental railroad project shifted from Chinese trade to domestic economic development.

The idea of the U.S. transcontinental railroad project originated from the U.S.-China trade. As construction began, its main workforce was the Chinese. However, as their immigration soared, the U.S. passed the first anti-immigration law (1871). Through these events we are able to see the irony of history.

Banner: Chinese railroad workers greet a train on a snowy day. Illustration, "Across the Continent. The snow sheds on the Central Pacific Railroad in the Sierra Nevada Mountains. From a sketch by Joesph Becker." Originally printed in "Frank Leslie's Illustrated Newspaper", Vol. 29, February 6, 1870, p. 346. Wikipedia Commons

"The Pacific Railroad Act was passed by the U.S. Congress in 1862."