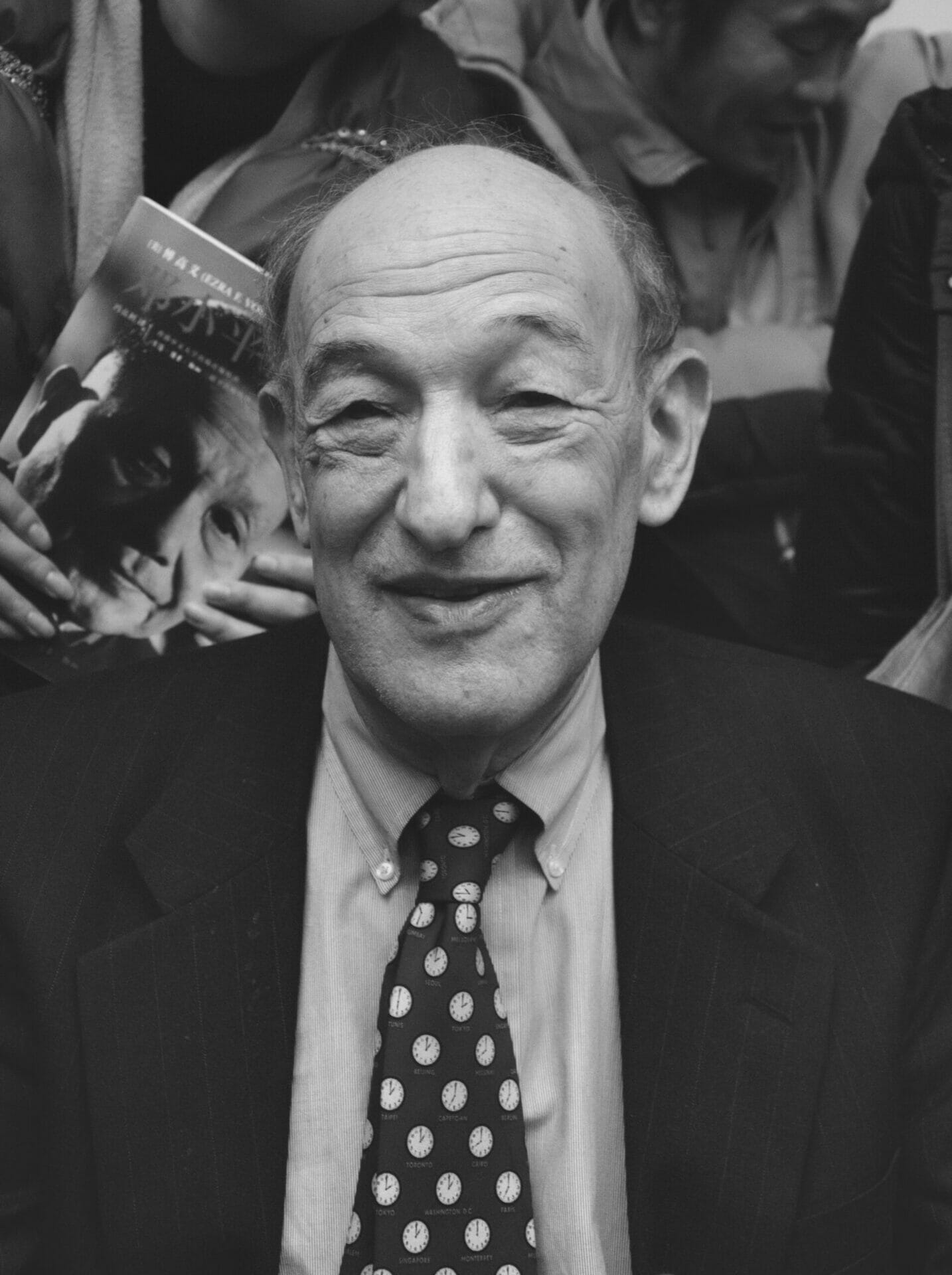 Ezra Vogel was an erudite doyen of contemporary Chinese and Japanese studies. He straddled the multi-disciplines of sociology, anthropology, linguistics, history, political science and international relations. Few scholars can match Vogel’s intellectual breadth and boldness, and profound understanding of two major civilizations --- Chinese and Japanese --- given the perchance of narrow academic specialization today.

His most famous and controversial book was Japan as Number One. Vogel was ahead of the curve when it was published in 1979. His book highlighted an Asian country topping in economics and corporate management, and good social order in the midst of the Cold War bipolarity led by the US and the Soviet rivals. That an Asian country could become “number one” in the postwar era was a startling insight to many in the West and an encouragement to many in the East. Indeed, the US was not predestined to be the top dog forever. Japan as Number One can be interpreted as a wake-up call to the US to be more self-reflective and to put its own house in order.

Vogel jokingly told me that if the idea of “Japan as Number One” could have been patented, he would have become a rich man given its great popularity especially in Japan. Vogel intimated that then Singapore Prime Minister Lee Kuan Yew invited him to become a resource person when Lee led a discussion of “Japan as Number One” with his cabinet colleagues. Then, Malaysian Prime Minister Mahathir Mohamad’s “Look East Policy” with Japan as his developmental model was probably inspired by this book too.

Before Japan as Number One, Vogel wrote two major books: Canton Under Communism: Programs and Politics in a Provincial Capital, 1949-1968 and Japan’s New Middle Class. Both books shared a similar approach: deep empathy for the many individuals Vogel interviewed in their native languages, and the ability to synthesize a myriad of individual histories, join the dots and weave a much bigger story about China and Japan in social transformation.

His empathetic and balanced approach to Chinese and Japanese civilizations are also reflected in his last two books: Deng Xiaoping and the Transformation of China, and China and Japan: Facing History. It is amazing that his last book China and Japan are appreciated by readers in both countries. Many scholars may tilt towards one side or adopt a narrow country perspective to view “The Other”. But for Vogel to win acclaim from both Chinese and Japanese sides for wisdom and fairness is really quite rare, remarkable and astonishing. In his writings, Vogel hoped that the US, China and Japan would seek better understanding for a more peaceful and stable world.

To criticize Vogel because Japan is no longer “Number One” today is to miss the point.
No country is number one forever and in every dimension.

Indeed, postwar Japan had a good run as the number one Asian economy until it was overtaken by China in 2010. It was the first Asian country to enjoy a peaceful rise. And it is no shame for Japan to be the third largest economy in the world today with a population size much smaller than China and the United States.

Nevertheless, Japan remains the most developed country in Asia today while rising China is still grappling with issues of development, poverty reduction and institutionalizing the rule of law and good governance. In 2019, Japan’s life expectancy at birth was 84.6 years --- the number one county in the world for longevity. Moreover, Japan’s cultural “soft power” is second to none in East Asia. Tokyo is also the number one Asian peacebuilder in conflict areas and post-civil war consolidation of peace in Cambodia, East Timor, Mindanao (Southern Philippines), Aceh (Indonesia) and Myanmar. Japan’s Fugaku supercomputer is ranked first in the world.

It remains to be seen whether China will become Number One in a world hitherto dominated by Western imperialism and colonialism for the past few centuries. 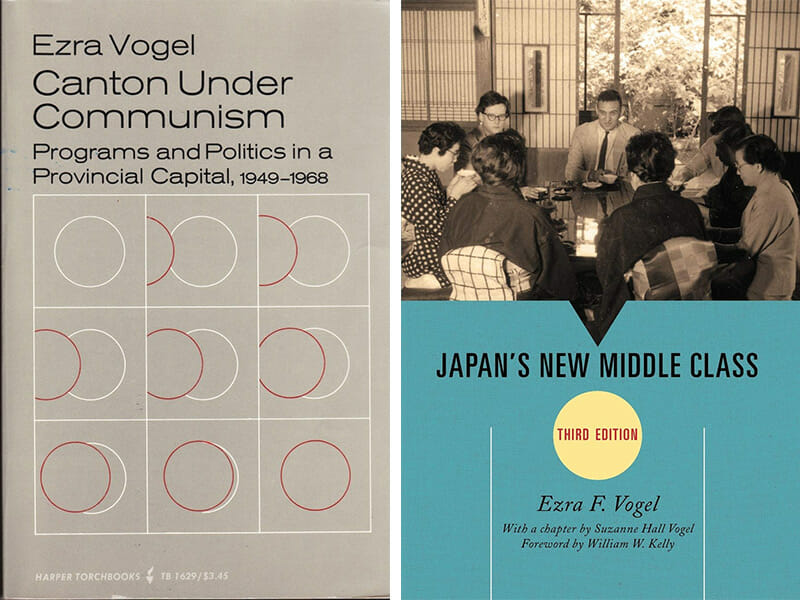 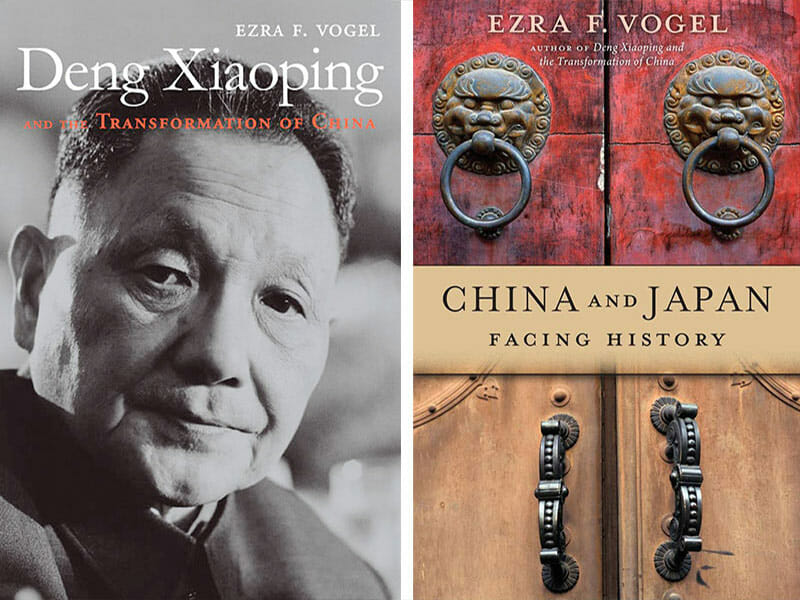 To me, Professor Vogel was more than an intellectual giant. He was a mentor who shaped my academic career. In 1987, Vogel told me that being a Harvard man he should advise me to do my PhD at Harvard University. But given my keen interest in party organizations and political machines in urban Japan, I should study with his good friend Professor Gerald Curtis at Columbia University. I took his advice to study under Curtis and subsequently enjoyed an enriching life as a scholar of Japanese domestic politics and Tokyo’s diplomatic relations with China, Korea, Taiwan, Southeast Asia and the world.

Vogel visited Singapore often and always made time for me to meet him despite his packed schedule. His last visit to the city-state was in January 2020 and we had a wonderful and leisurely three-hour dinner. He generously paid me the highest and sweetest compliment when he wrote on a copy of his book China and Japan: Facing History: “To Lam Peng Er: With great respect from a fellow China-Japan watcher and old friend”. He then autographed the book in his lovely Chinese calligraphy. Though Vogel passed away at the ripe old age of 90 years in December 2020, he lives on in the hearts of many including mine. 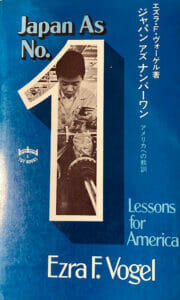 At the end of last year when Professor Ezra Vogel passed away, I immediately asked my very good friend, Lam Peng Er to write an obituary for the professor he so admired and respected. He asked if it could be personal, and I replied, “of course”. What he sent me was much more subdued and sublime than I had expected; Peng Er was always excited when talking about Prof Vogel, and so I thought it would be a vibrant account of his memories of the author of Japan as Number One. But perhaps personal memories are best kept where they are, in one’s heart. I had only met Prof Vogel twice, very fleetingly. And, I confess, I never properly read Japan as Number One; at the time when it was the must-read book about Japan, I had mixed feelings about my country’s success and how it was received (basically it was not pleasant). But having read Peng Er’s reflection about the meaning of the book to Japan and today’s China and Asia as a whole, I would recommend younger students to read it now, if only as a testimony to how times and players change, but our way with dealing with new challengers remains unchanging.