Looking back on Afghanistan’s future

In a year that was marked by conflict and instability around the globe, the 2014 December 28th declaration of the formal end of the US-led war in Afghanistan should have been greeted as welcome news. But in a country that has endured 36 years of continual civil war, the withdrawal of the second foreign occupation force in recent memory brings little hope for long-lasting peace. After all, the Taliban remains a credible threat and seems likely to mount a major offensive once the Afghan security forces are without outside protection. For a generation that has grown up in an Afghanistan marred by violence, it can be difficult to imagine a path forward. Pessimism about the nation’s future is fueled by those who, like former British Defense Secretary Liam Fox, believe Afghanistan is essentially a “broken 13th century country” with null prospects for stability, much less prosperity and peace. What many, including Fox, fail to realize is that it was not always this way.

Looking back at the Afghanistan of the 1960s and 1970s, one finds a society that bares so little resemblance to that of today that it would appear there is absolutely no connection between the two. Images from half a century ago capture a flourishing and serene Kabul, full of youthful energy and optimism. Modernization, although still in its infancy, had made significant headway in Afghanistan and had transformed a small city into a thriving and cosmopolitan metropolis. Tradition and western values peacefully coexisted in its quiet streets that resembled more those of Ankara than of Riyadh. 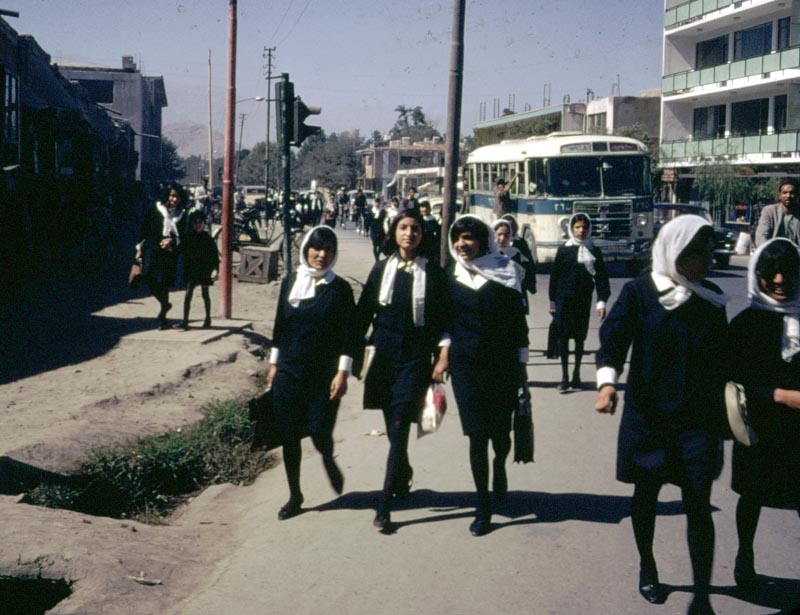 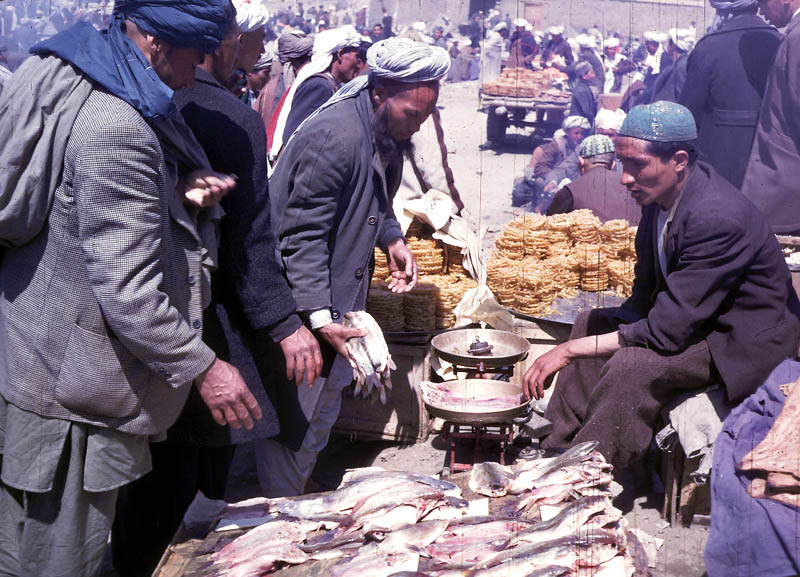 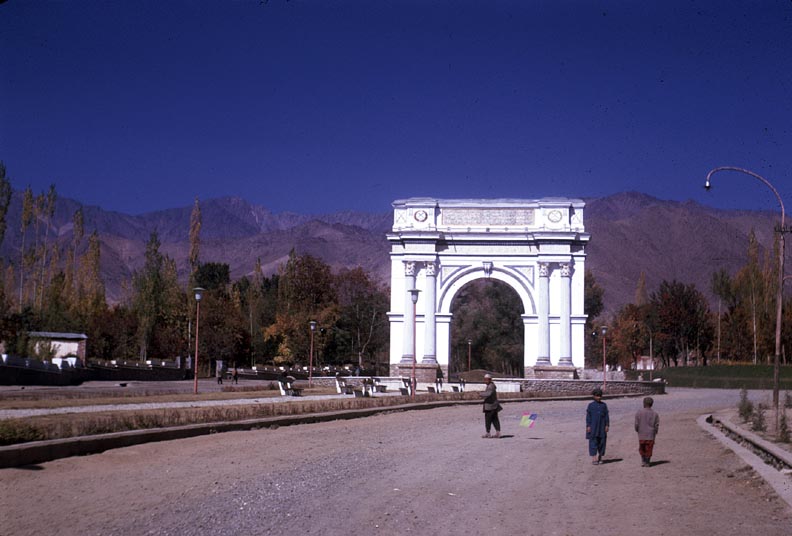 Flying kites by the Victory Arch. Photographs of Afghanistan, mostly in Kabul in 1967-68. Dr. Bill Podlich, photographer. Scanned from slides and restored by C. Esterson. http://www.pbase.com/qleap/afgha

Modernity was not simply a cosmetic feature of Afghan life; it was an institutionalized one. A constitutional convention held 50 years ago, attended by foreign-educated Afghan experts, resulted in a constitution that fully embodied the spirit of the times and provided a blueprint for a new Afghanistan. The 1964 Constitution transformed an autocratic monarchy into a constitutional one, created a representative parliament elected through universal suffrage and enshrined the legal equality of men and women. It also fortified secularism by declaring parliament-approved legislation would legally supersede traditional Sharia law. Government policies of the time also allowed for rapidly expanding educational opportunities for young Afghans, male and female, who after receiving a university education formed Afghanistan’s burgeoning middle class.

The Afghan experiment with liberalism came to an end after the 1978 Saur Revolution. After taking power, communists led by Nur Muhammad Taraki enacted radical reforms that sparked an insurrection by the mujahedeen, a fundamentalist group primarily supported by the United States and Pakistan. The ensuing political instability on its southern border prompted a hesitant USSR to intervene in late 1979 at Kabul’s request. By the time the Soviets had withdrawn 9 years later, the conflict had claimed more than a million combatant and civilian lives.

Then, just as now, a withdrawal of foreign troops did not guarantee a return to normalcy. What remained of the old liberal Afghanistan was destroyed after the Taliban rose to power amidst a political power vacuum in 1996. They proceeded to recreate Afghanistan in their image, abolishing the most elemental of human rights and imposing an extremist interpretation of Islam. More than a decade after their downfall, the country is still slowly recovering from the Taliban reign of terror. 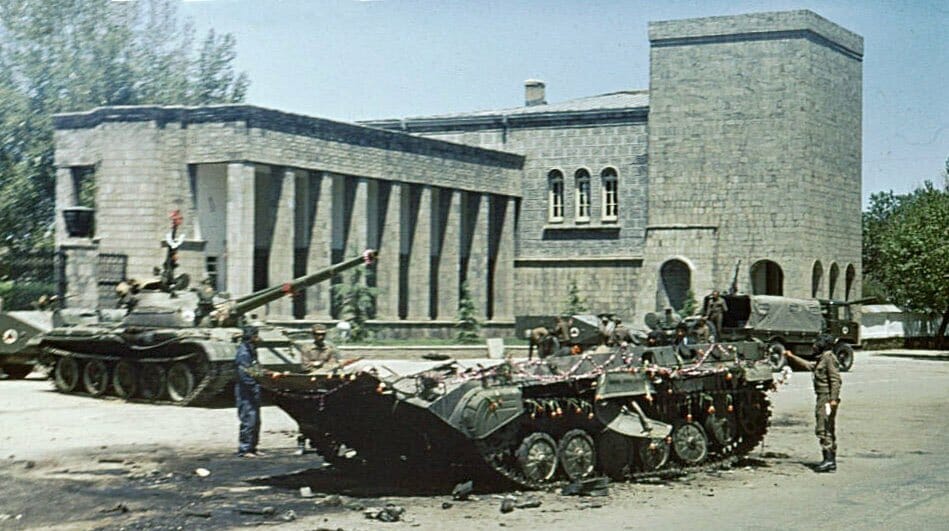 The day after the Saur revolution in Kabul. Photo: Wikimedia Commons

Despite the bleak situation, an Afghan renaissance is still possible in the coming years. In fact, it is already quietly underway. Despite being far from perfect, the post-Taliban government has made significant progress in the past decade. Following controversial elections in 2009, the country’s nascent democracy was strengthened after being able to deliver Afghanistan’s first peaceful transfer of power and the formation of a national unity government last year. Advances in other areas have also been noteworthy. Educational opportunities have been greatly expanded for both genders, with universities shut down by the Taliban once again returning to their role as the incubators and epicenters of Afghan intellectual life. Reconstruction of a heavily damaged national infrastructure continues despite incessant Taliban attacks, laying the network through which commerce, ideas and individuals will traverse freely once peace is restored. Women, the primary victims of the civil unrest, remain at risk but are now are freer to participate in civil society and enjoy freedoms that had been nonexistent in the country since the fall of Mohammad Najibullah’s secular regime two decades ago. 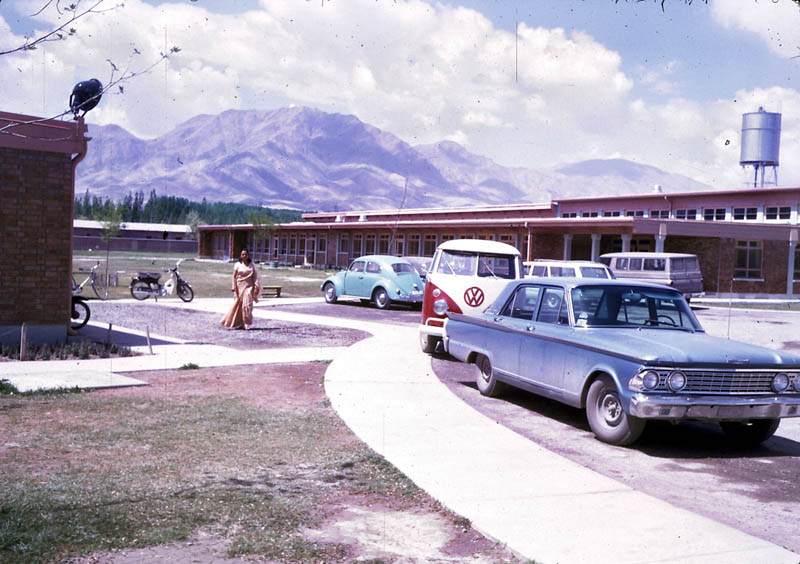 Afghanistan’s past experimentation with secular liberal rule demonstrates that the country has the potential and eagerness to embrace change and commit itself to modernization. The roots of progress remain rooted in the Afghan conscience and are slowly starting to re-blossom. A new generation of Afghans, educated and committed to their country will soon enter the political sphere and work to return Afghanistan on the path of progress. After being robbed of peace and prosperity for 36 years, Afghans must now find a way to return to their future.

Miguel Oropeza
Miguel Oropeza is a San Francisco based Consultant on Asia and Latin America. A graduate of UC Berkeley, he attended Osaka University as an exchange student and has had a professional interest in Asia ever since.