Rising to the challenge of COVID-19: The role South Korea and new actors

In the current strategic operating environment, the liberal international order faces the challenges of US abdication of leadership and increasing contestation between the US and the other great powers, China and Russia. Furthermore, non-traditional security (NTS) issues such as COVID-19, pose major challenges for the traditional state-centric models upon which much strategic decision-making is based. Nowhere is this truer than in the state-centric East Asian operating environment. The responses of the three great powers (the US, China, and Russia) to the COVID-19 crisis, as well as those of the second-tier powers (UK, Brazil, India, and Japan), leave much to be desired in terms of both international and domestic leadership. All these countries are led, it might also be noted, by authoritarian-leaning, strongman-type populists.

Yet the contemporary operating environment also opens space for new actors. Chiefs among them are the middle powers of East Asia, and in particular, South Korea. East Asian middle powers operate under different strategic constraints to those of the Western middle powers. As such they are less likely to embrace a security balancing role between competing great powers, or to bandwagon with one of the great powers to such an extent that they operate as a regional deputy to the great power’s sheriff. Where they have attempted to do so, they have proven remarkably ineffective, and have not secured significant diplomatic bang for their bucks. In order to gain more recognition, therefore, East Asian middle powers have looked to play a more independent regional leadership role in NTS affairs. Indeed, such avenues present East Asian middle powers with a ‘noble opportunity’ to do something that is both normatively right and beneficial to others, while also in their national strategic and security interest.

The salience not only of newly rising East Asian actors, but also the importance of the contributions of civil societies in the region when it comes to NTS matters has also dramatically been revealed by the response to the COVID-19 pandemic. The governments and publics who have received the greatest plaudits for their handling of the national and international governance challenges have, predominantly, been situated in the region. These include South Korea, Taiwan, and to a lesser degree, Singapore and Vietnam. The main ways that regional actors were able dramatically to reduce infections while not resorting to economically devastating universal lockdowns were through a combination of aggressive testing and contact-tracing, and universal mask use.

Praise and criticism of East Asian governance for supposed ‘Confucian’ governance models miss the mark. Likewise, it is a gross simplification to characterize Asian politics as leaning towards authoritarianism. The idea that Asian polities and populace somehow have an inherently anti-democratic or unenlightened bent is frankly offensive. Just as the generalizations of the ‘Asian values’ discourse have been discredited, so too may we reject the generalizations of the critics of Asian norms. Nevertheless, there is a uniquely East Asian ‘take’ on international norms concerning governance and policymaking, as well as regional contributions heavily influenced by the national interest and security paradigm, which have also played out in the NTS realm. During the COVID-19 crisis, the successful measures, such as contact-tracing, mass-testing, and targeted lockdowns, could perhaps only have been implemented swiftly to such a degree in this region, and this reflects a shared value-system across a broad geographical area, albeit taking in a wide range of governance models. Andrew Salmon has noted that perhaps the most startling trend visible in the global COVID-19 pandemic is the vast differential separating East Asia from the West; and that East Asia has handled and contained the pandemic far better than the West on nearly all metrics.

South Korea: The Shining Light on the Hill

South Korea, in particular, has seen an opportunity not only to continue its lengthy tradition of normative and humanitarian middle power niche diplomacy, but also to ramp up such endeavors. South Korea’s response to the crisis, while initially a little slow out of the blocks, has seen a combination of governmental policy and domestic constituency societal engagement win world-wide plaudits. Of course, there have been many infected in South Korea, and the economy has been dealt a serious blow, but the country does stand out as a ‘shining light on the hill’ when it comes to its actions. The main ways that Korea was able dramatically to reduce the infections while not resorting to economically devastating lockdown was through a combination of aggressive testing and contact tracing, and universal mask use. On the government side, due to previous pandemic scares, preparations were already in place to ramp up dramatically the production of tests, masks, and PPE. Likewise, work had already been done on contact tracing technology in this the most connected society in the world. On the society side, people are already well-used to wearing masks due to the pollution and are willing to accept a degree of invasiveness in their lives due to national security considerations.

President Moon Jae-in was also elected on a social solidarity platform, and his government seems to have caught the zeitgeist. When masks ran low, and there was a temptation to hoard or price gouge, the government stepped in and rationed the number of price-controlled masks that could be bought by an individual, and depending on date of birth, each citizen was allotted a day on which to buy them. Early during the pandemic, free hand sanitizer was to be found next to and in the elevators of every building. With a slight resurgence of infections in May 2020, tens of thousands of people were tested within days, potentially infected were contacted to six degrees of separation with the government cooperating with the phone companies and bank card issuers in this endeavor, and the wearing of masks on all forms of public transport became mandatory. Thus, even with the cluster infection surge, Francesco Checchi, of the London School of Hygiene and Tropical Medicine, felt that the swift identification and response could only reflect well upon South Korea.

This has generated significant political capital for the country as a whole, and also for the political leadership (as demonstrated by the unprecedented election victory for the Democratic Party of Korea in the April 15 National Assembly elections, and soaring opinion poll ratings for the President). Moon has also looked to take the current crisis as a driving force for new opportunities and development aspiring to “a Republic of Korea that takes the lead in the world.” Given the strategic constraints upon South Korea in the traditional security realm, it therefore makes a great deal of sense for Seoul to concentrate efforts into NTS and normative/principled foreign policy efforts in order to get more ‘bang for their buck’ (or Won). 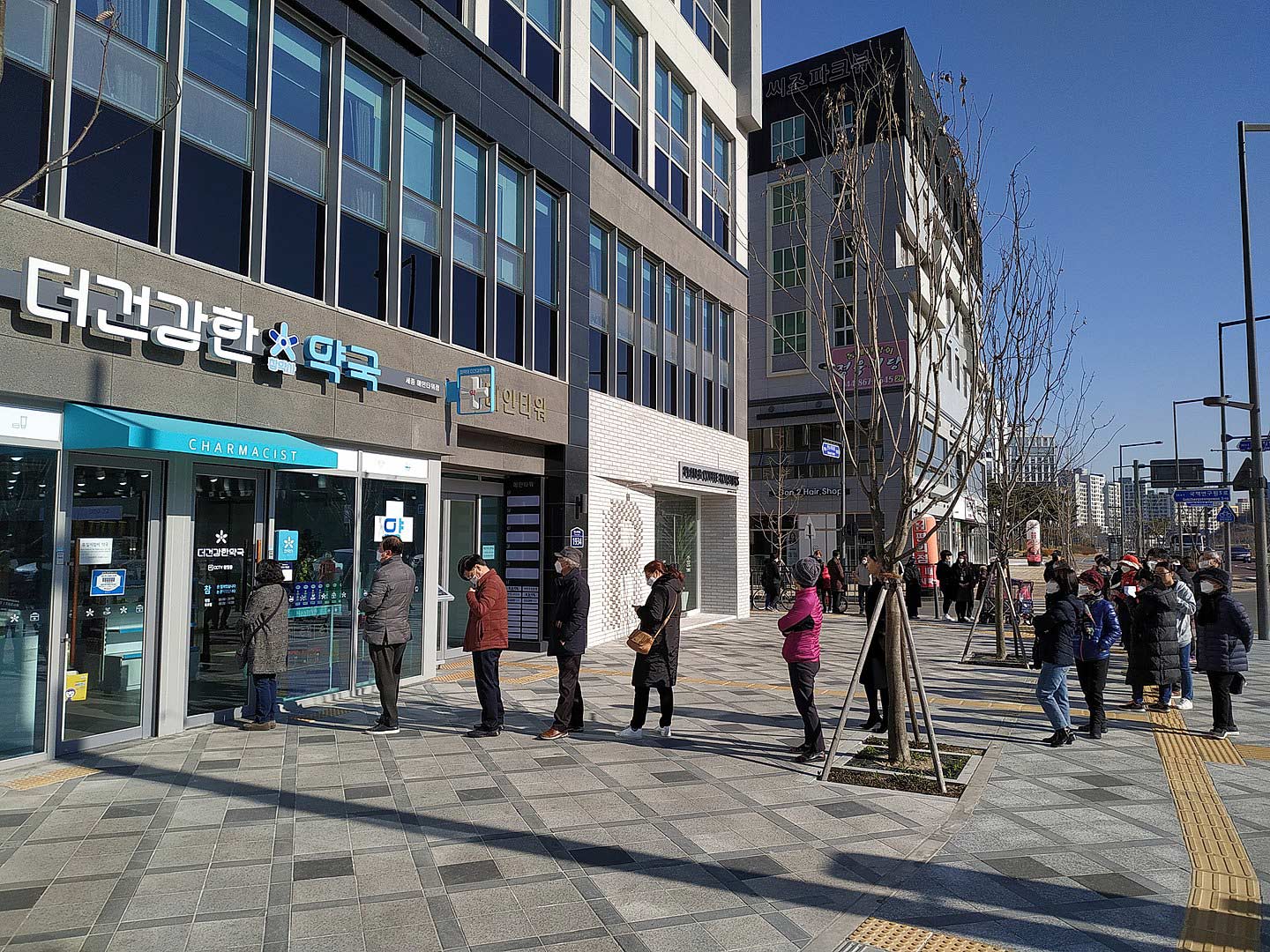 A long line outside a pharmacy in Sejong City awaiting the store to open so they can buy masks. Wikipedia Commons

The Northeast Asia Plus Community of Responsibility

This imperative is already evident from the new policy initiatives including the aspirational ‘Northeast Asia Plus Community’ (NEAPC) of responsibility project. The presidential transition committee on foreign policy and national security had prepared a report on NEAPC which contained three components: a Northeast Asia Peace and Cooperation Platform (NAPCP), a New Northern Policy (NNP) and a New Southern Policy (NSP). The ambitious aim is to build a sustainable regional system of cooperation with the 10 Member states of the Association of Southeast Asian Nations (ASEAN), the ‘middle power’ grouping of MIKTA (Mexico, Indonesia, South Korea, Turkey, and Argentina), India and Northeast Asian states. Ultimately, the ambition is for a people-centered peace community that advocates co-prosperity. President Moon’s statements delivered above to mark the third anniversary of his inauguration in May 2020, represent a continuation of this policy, but also an attempt to drive it forward by taking advantage of the post-COVID operating environment.

During a recent interview with The Korea Times, Moon Chung-in, special adviser to President Moon Jae-in for foreign affairs and national security, also underlined the emergence of ‘global village security’ as one of the biggest side effects of the COVID-19 pandemic, as opposed to narrowly defined national security. This in turn is likely to further spur changes to the way Korea approaches foreign policy and security, moving away from unilateralism towards multilateralism, and away from the rational actor model of security reflected in the dominant neorealist and neoliberal discourses towards socialization models reflecting concern for social norms and values.

Furthermore, civil society in Korea has become increasingly engaged in debates about values and norms, from both domestic and international perspectives. Governance issues ranging from the Me Too Movement, to social and subsidized housing, to refugees, to the environment, dominate domestic discourse the way that hard security issues such as the North Korean threat used to. Hence there is a coming together of internal and external pressures supportive of the NEAPC, making further developments of the key concepts likely. 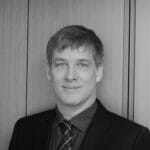 Brendan Howe is Professor of International Relations and former Associate Dean and Department Chair of the Graduate School of International Studies, Ewha Womans University. South Korea. He is also currently the President of the Asian Political and International Studies Association, and an Honorary Ambassador of Public Diplomacy and advisor for the Korean Ministry of Foreign Affairs. He has held visiting professorships and research fellowships at the Freie Universität Berlin, De La Salle University (Philippines), the University of Sydney, Korea National Defence University, the East-West Center (Honolulu), Georgetown University, Universiti Malaysia Sarawak, and Beijing Foreign Studies University.

"Civil society in Korea has become increasingly engaged in debates about values and norms, from both domestic and international perspectives."