ASEAN’s Response to COVID-19: Geopolitical Implications for the Indo-Pacific

The emergence of COVID-19 pandemic would have been a great opportunity for the world to work together. Like the advocates for international cooperation in countering non-traditional security issues, such as climate changes, transnational crimes, natural disaster, and international terrorism, many policy-makers have discussed the importance and necessity of such cooperation in facing the pandemic. Given that every state faces the same crisis, cooperation is the only way forward to ensure security and prosperity.

However, the reality has been otherwise. COVID-19 has been politicized, particularly between the United States and China, and the division ensues. While China has become increasingly restrictive in its information dissemination by arresting journalists and raised a possibility that the U.S. brought the virus to China, the U.S. accused China of spreading the virus.

At the global level, the great power competition has become more intensified, resulting in White House’s clear announcement of engaging a competitive strategy against China and the most recently Secretary State Pompeo’s statement on the South China Sea on July 13. These pursuits of self-interests and great power competition have contributed to hindering the effective roles of international organizations in the global health crisis, namely World Health Organization (WHO). On May 29, President Trump accused WHO of being under China’s control, and it officially announced on July 8 that the U.S. will withdraw from WHO.

Do the U.S.-China rivalry and great power competition have any impact on Asian multilateralism, particularly the Association of Southeast Asian Nations?

Simply put, they do. ASEAN relied on WHO’s announcement about COVID-19 for formulating its collective responses or coordinating member states’ policies seriously. In fact, it was only after WHO’s announcement of a Public Health Emergency of International Concern (PHEIC) on January 30, 2020, that ASEAN held a summit (February 15) and ministerial conferences (February 19) to discuss the issue. And, only after WHO’s announcement of COVID-19 as a “pandemic” on March 11 did it hold another summit to discuss regional responses with external actors. In other words, ASEAN’s response has been very much reliant on and reactive to WHO.

Furthermore, ASEAN also faced political pressures from China. For example, before and when the ASEAN-China Special Foreign Ministers’ Meeting on COVID-19 was held on February 20, Foreign Minister Wang Yi raised concerns about those ASEAN member states that put travel restrictions to and from China as “overreactions.” In the meantime, the Trump administration played down the major implications of COVID-19 and did not take a significant action toward the pandemic until the US faced its own health crisis.

Does it mean that the future of ASEAN is bleak? Not really. Despite these shortcomings (and many others), there emerges a chance to push forward the principle of “ASEAN centrality”—ASEAN’s central role in shaping agendas and functional cooperation in the region— and thus to enhance its strategic presence in East Asia and beyond, possibly the Indo-Pacific region. There are three reasons for this.

ASEAN has been active in garnering diplomatic supports from inside and outside as a regional inter-state platform in countering the COVID-19 and facilitated information-sharing, including best practices and past experiences. Also, since the ASEAN member states have already experienced health crises in the past, such as SARS in 2002 and H5NI in 2007, ASEAN has already in place regional mechanisms, namely the ASEAN Emergency Operations Centre Network for Public Health Emergencies (ASEAN EOC Network), the ASEAN plus 3 Field Epidemiology Training Network (FETN), and the ASEAN BioDiaspora Regional Virtual Center (ABVC).

These mechanisms are less visible and far from perfect, but they are the ones that the region has utilized for information exchanges, analyses, assessment, and training.

Second, the utilities of these regional institutions draw diplomatic attention from great powers and regional powers. Obviously, this is conditional—the existence of great power competition. The current strategic rivalry between the U.S. and China created a momentum for them to compete over the influence in regions of the world. In fact, the U.S., China, Japan, India, Australia, New Zealand, and South Korea have been holding counter-COVID-19 meetings with ASEAN since January 2020

China’s approach toward ASEAN is particularly significant. China held the Special ASEAN-China Foreign Ministers Meeting on COVID-19 on February 20 and the Special ASEAN Plus Three Summit on COVID-19 on April 14. At the working level, those meetings were held as early as February 3, when the Special Video Conference of the ASEAN Plus Three Senior Official Meeting on Health Development (SOMHD) was organized. China also provided medical equipment and health assistance to those members who kept its border open to China, particularly Cambodia. For its part, the U.S. also began to engage with ASEAN member states more actively after April. It held the High-Level Interagency Video Conference with ASEAN on April 1 and provided approximately $18.3 million emergency aid. Also, ASEAN held the Foreign Ministers Meeting on April 23 and the Health Ministers Meeting on April 30. The pace of the meetings slowed down from May, but ASEAN+3 FETN  and ASEAN-China Senior Official Meeting were held on June 1 and July 2 respectively. In other words, great powers perceived ASEAN as a useful platform to increase its influence in Southeast Asia.

Third, it is becoming gradually clear that ASEAN and Southeast Asian states have made progress in dealing with COVID-19, which has the potential to increase ASEAN’s political and social reputation. The number of infected and death in Southeast Asia has remained relatively low in comparison with the U.S. and European states, and governments are now seeking ways for “a new norm”. Admittedly, it is not entirely clear whether the relative success in keeping the infection and death rates low can be attributed to their state policies because there are possibilities of “undertesting” or “underreporting” in Southeast Asian countries. In fact, the divergence within the region emerged from June as the Philippines and Indonesia faces a rapid increase in the infection and death rate. 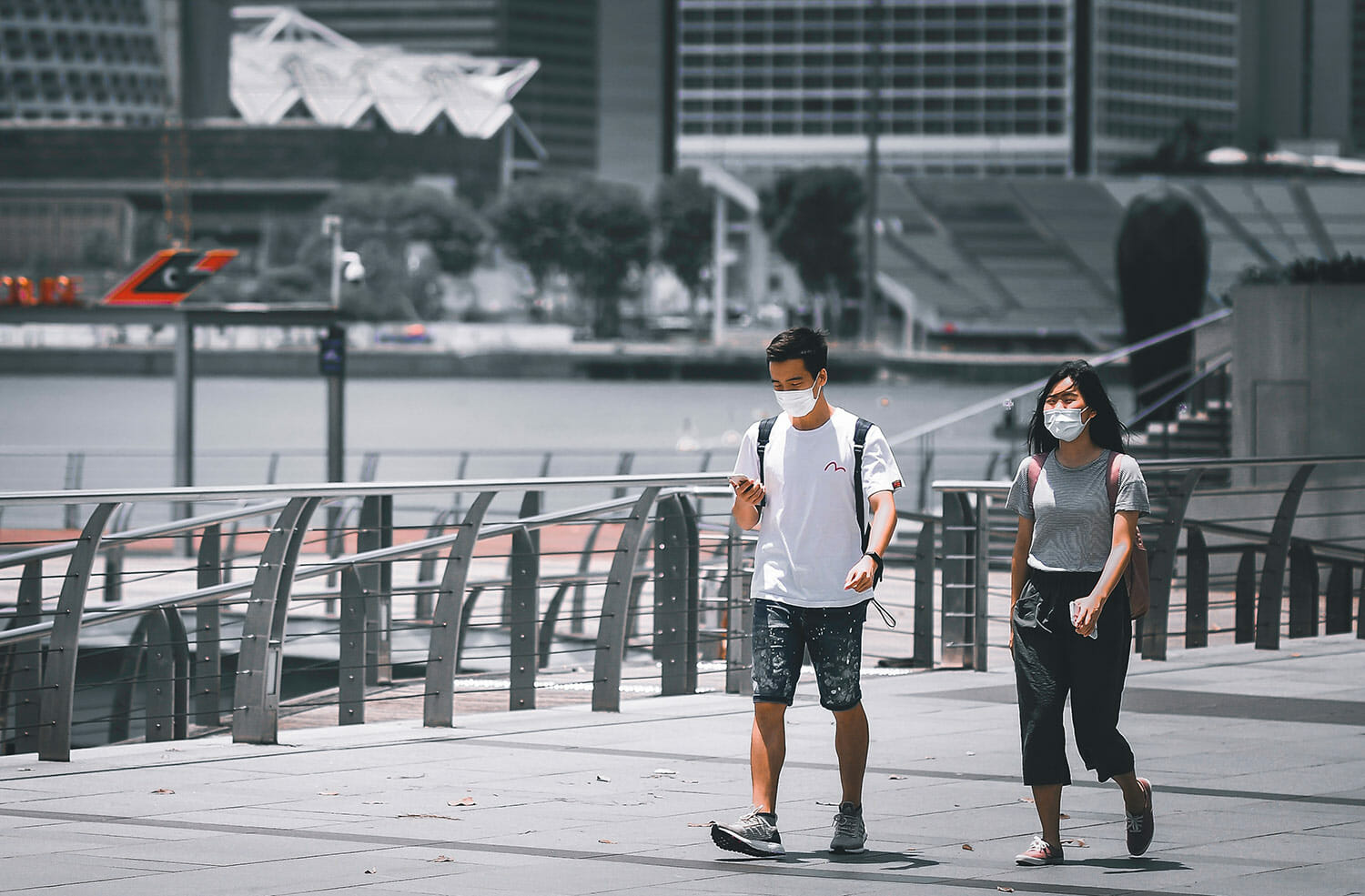 Opportunity for Enhancing the ASEAN Centrality: “Standard of Procedure”

These three elements provide a great opportunity for ASEAN to further enhance its international visibility and model of functional cooperation among the member states and with external actors. But this window of opportunity would likely be short, and ASEAN needs to seize it, if it truly wants to consolidate the notion of ASEAN centrality in Asia.

Perhaps, the most important initiative that ASEAN should follow through is to create a regional standard operation procedure (SOP) to manage a health crisis. In fact, Vietnam, the Chair of ASEAN 2020, is eager to develop a standard procedure as one of its four proposals.

Creating a SOP has two clear benefits. One is to alleviate concerns of those who attempt to prioritize regional interests over self-interest. Collective actions will be a powerful tool to tackle transborder issues, such as COVID-19, but once some defect, its effectiveness will be plunged, or worse, its attempt will become harmful. By stipulating rewards of individual contributions and punishment of defection, a SOP assures member states and ensures their commitment. The other is to demonstrate ASEAN’s rule-making capacity in Southeast Asia and beyond. Given ASEAN’s political desire to play a central role in the Indo-Pacific as shown in the ASEAN Outlook on the Indo-Pacific, this provides ASEAN legitimacy and credibility to maintain the ASEAN Centrality in the region.

Coordinating a collective response through an institution is not easy. But if ASEAN handles this crisis right, it can create diplomatic legitimacy to lead regional multilateralism in the Indo-Pacific and potentially mitigate the future of geopolitical competition in Southeast Asia and beyond. 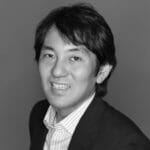 "Perhaps, the most important initiative that ASEAN should follow through is to create a regional standard operation procedure (SOP) to manage a health crisis."