A Combustible Year for Sino-US Relations

Since the turn of the new millennium the liberal international order has been under increasing amount of stress due, in large part, to the inexorable rise of China and profound changes in the global economy. The ongoing COVID-19 pandemic further exacerbated the already precarious situation, leading some pundits to declare that the current international order has been stretched to “the breaking point.”

Insofar as the China-US relationship is concerned, bilateral disputes now run the gamut from China’s peripheral policies over South China Sea, Hong Kong, Taiwan, and Xinjiang, its relations with third countries such as Iran and North Korea to functional issue areas ranging from trade, cybersecurity to space. In fact, ever since the Trump administration’s initiation of the trade war in June 2018 and its global hunt of the Chinese telecommunication giant Huawei, relations have been in a state of free fall. In 2020 alone, the COVID-19 pandemic, the tussle over the new national security law in Hong Kong, and the US ban on Chinese smartphone app Wechat and Tiktok all ended up fueling the vitriol and acrimony. Upon forcing the closing of the Chinese consulate in Houston, Secretary State Mike Pompeo in a major speech formally sounded the death knell of decades-long engagement strategy since Richard Nixon and openly challenged the Chinese Communist Party. The two sides are only short of declaring each other an enemy state.

Against this disturbing tableau of risks and uncertainties, making sense of the nature of the China-US relations and the attendant geopolitical implications takes on more urgency. While Chinese leaders were blindsided by the forcefulness with which the Trump administration sought to punish China, what they might do to counter the US offensive is still unclear. On the other hand, confronted with a flurry of sanctions against Chinese corporate entities, Beijing doesn’t have much leverage. On the other hand, it clearly wants to stabilize the relationship and has refrained from overaction, which is why in spite of American hostilities it remains publicly committed to the Phase One trade deal. Nevertheless, recent visits to Singapore and South Korea by Yang Jiechi, the Politburo member in charge of foreign affairs, well as the European tour by Foreign Minister Wang Yi both indicate that Beijing has felt the sense of urgency in rebuilding ties with important trade and diplomatic partners to counteract the overall deterioration of China’s diplomatic position.

For now, there is hope that the November presidential election in the US might yield a result that mitigates the anti-China tide of pressure. Unlike in 2016 when Chinese officials and analysts were overwhelmingly in favour of a Trump presidency, so much so that they were “all but Clinton,” this time their preference is not so evident. Some are still in Trump’s corner, arguing that Trump’s alienation of traditional US allies is to China’s advantage. Most others are not so sure, however. Perhaps they have come to the realization that Trump was not at all rational and pragmatic as they imagined him to be. More probably, it is because they have come to dread the irreparable harm he has done to Chinese interests and the bilateral relationship.

Who will be the next US president, of course, is not a choice China can make. The misguided temptation for the Chinese, though, is that the relationship would quickly recover under a Biden presidency. As things stand now, Trump’s reelection prospect has been greatly diminished due to his poor handling of the coronavirus and civil unrest. Perhaps because of that, China hawks within his administration, led by Secretary of State Mike Pompeo, have felt a sense of urgency so much so that they are striving to inflict some worst pain on China to the extent that the corresponding policy changes cannot be reversed in a Democratic administration. What this means is that the race to the bottom won’t be over until Trump is out of the While House. 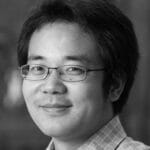 Xiangfeng Yang is an associate professor at Yonsei University in South Korea. A Chinese national, he received his PhD in Political Science and International Relations from the University of Southern California (USC). His research has appeared in, among others, International Affairs (2018, 2020), Journal of Contemporary China, Current History, Issues & Studies, Pacific Focus, and Chinese Journal of International Politics.

The COVID-19 Pandemic and the Crisis of Global Politics: A View from Asia from IAFOR on Vimeo.

"The misguided temptation for the Chinese, though, is that the relationship would quickly recover under a Biden presidency."